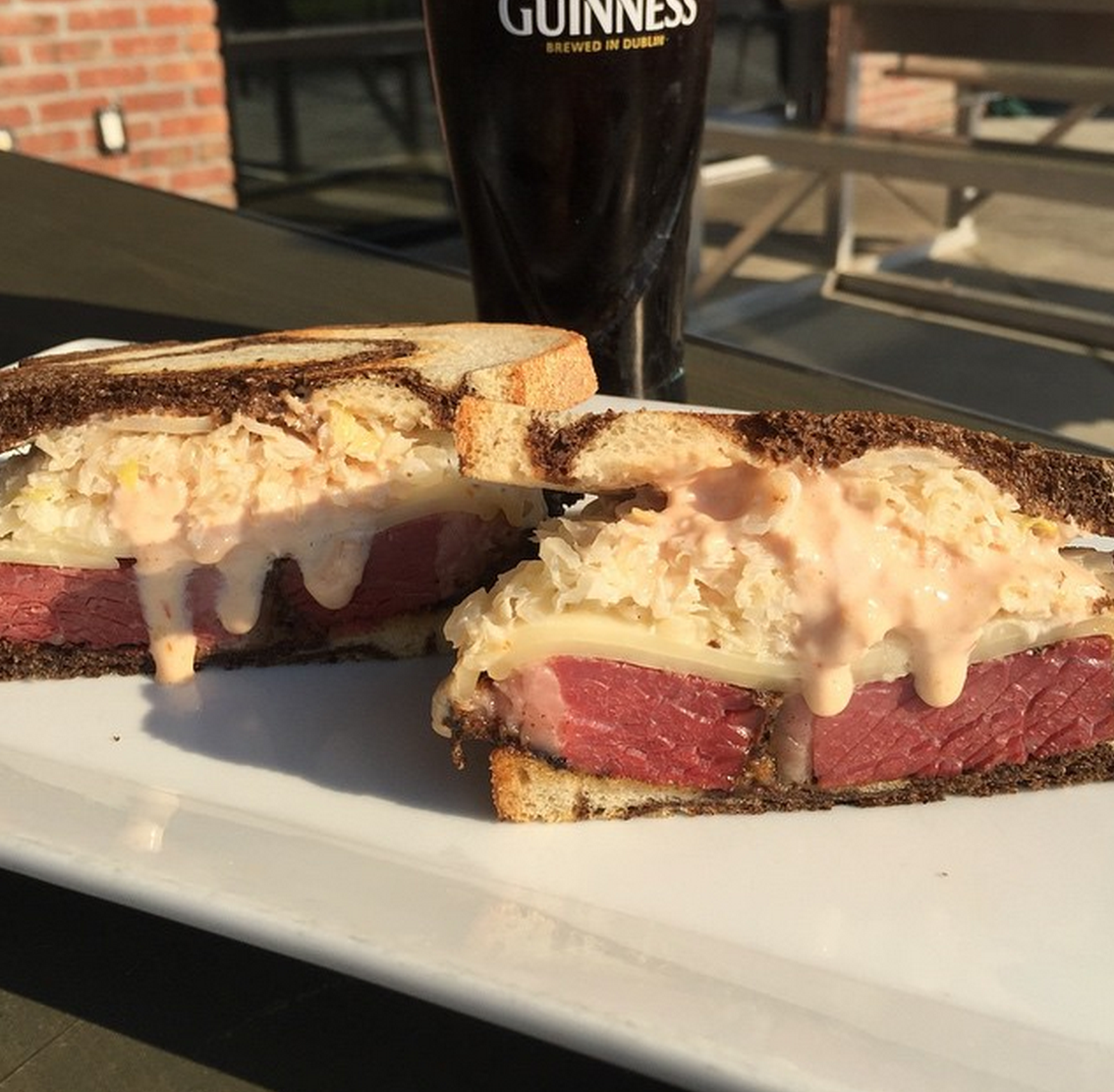 In February, we learned of our General Manager's recipe and process to make what he declared "the world's best Reuben Sandwich." We believed the hype and the fact he was taking three weeks to turn brisket into pastrami made it easy to believe.

Here is a little insight into the process:

When you cure brisket (which we do for two weeks in the brine) it is now called corned beef. Some Reuben's are made with corned beef which after the brining stage you just boil it. To make it into pastrami you have to:

1. Take it out of the brine

2. Soak it in water to take out some of the extreme salt flavor

3. Rub it with seasoning (mainly coriander and black pepper but also has other seasonings)

Now it is considered pastrami. Yep, a lot of love in this recipe and we do these sandwiches every 17th of the month...consider it your St. Paddy's Day each month:)